Getting Things Straight Once and For All! Again…

JohnDozPosted on October 23, 2012 Posted in Training Table — No Comments ↓ 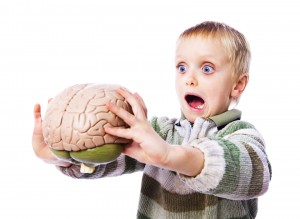 Beloved of God “running the good race”, (1 Corinthians 9:24-26; Galatians 5:7; 2 Timothy 4:7), welcome to the Training Table where the menu is carefully selected as a Feast of the Heart!

And speaking of the heart, recently I was refreshing my memory about a favroite book of mine entitled, Deadly Emotions, by Dr, Don Colbert, MD. In it Dr. Don reminds us that the inter-contentedness between our physical, intellectual, emotional, and spiritual persons is a vitally (either life-giving, or deadly when ignored) important to know and to deeply embrace… Just as the God of the Bible did when He created mankind, holistically, in His image.

Ignoring this truism (E.g., of the nature of sin) begins by spoiling the ecosystem of our heart by embracing falsehood, unreasoning, illogical, or any deception… which pollutes our spirit and emotions, which initiates a massive domino game of consequences that results in disease and a wild array of physical, emotional, mental, psychological… and lots, lots more… maladies of all sorts!

The Bible’s premise about being re-born, and our faith in Jesus Christ, begins by referencing our heart as the epicenter of supernatural transformation and spiritual growth as we mature to become more and more like Christ.

Conversely, when a culture, and so many of the nonsensical communications, policies, activities of all sorts in it, go so far, far awry… RE: Insane… logic-, reason-, and truth-, faith-wise… it has a disastrous impact on everything in an individual’s heart, and the heart of any culture.

In this regard, I was reminded of a little ditty you should carefully read, enjoy, and ponder… Steve Turner, English journalist, writes in his poem entitled “Creed” about the modern mind and the results of having left the time-tested moorings of a Bible-rooted Truth, Trust and Faith in a transcendent, providential, omniscient, omnipotent and personally loving God.  The resulting state of chaos, bizarre, fuzzy, and unquestioned illogic has resulted in the number one killer in the world today:  “heart dis-ease”… and a ton of other issues related to trying to take a firm stand on anything… in mid-air.

We believe that everything is getting better
despite evidence to the contrary.
The evidence must be investigated
And you can prove anything with evidence.

We believe there’s something in
horoscopes, UFO’s and bent spoons;
Jesus was a good man
just like Buddha, Mohammed, and ourselves.
He was a good moral teacher
although we think His good morals were bad.

We believe that all religions are basically the same–
at least the one that we read was.
They all believe in love and goodness.
They only differ on matters of
creation, sin, heaven, hell, God, and salvation.

We believe that after death comes the Nothing
Because when you ask the dead what happens they say nothing.
If death is not the end, if the dead have lied,
then it’s compulsory heaven for all
excepting perhaps Hitler, Stalin, and Genghis Khan.

We believe in Masters and Johnson.
What’s selected is average.
What’s average is normal.
What’s normal is good.

We believe in total disarmament.
We believe there are direct links between warfare and bloodshed.
Americans should beat their guns into tractors
and the Russians would be sure to follow.

We believe in the rejection of creeds,
and the flowering of individual thought.”

God’s CREED… The Light of the GOSPEL

“Therefore, having this ministry by the mercy of God, we do not lose heart. 2 But we have renounced disgraceful, underhanded ways. We refuse to practice  cunning or to tamper with God’s word, but by the open statement of the truth we would commend ourselves to everyone’s conscience in the sight of God. 3 And even if our gospel is veiled, it is veiled to those who are perishing. 4 In their case the god of this world has blinded the minds of the unbelievers, to keep them from seeing the light of the gospel of the glory of Christ, who is the image of God. 5 For what we proclaim is not ourselves, but Jesus Christ as Lord, withourselves as your servants for Jesus’ sake.6 For God, who said, “Let light shine out of darkness,” has shone in our hearts to give the light of the knowledge of the glory of God in the face of Jesus Christ” (2 Corinthians 4:1-7)

Go for the Gospel Truth and Love of God today and every day, beloved race runners! Anything less and you will be defeated and left in despair outside the ecosystem of how God wonderfully and fearfully made us to be: “Love God with your whole heart, mind, soul, and strength; and your neighbor as yourself” (Dt 6:5).