The Heart of Straining and Strengthening: In Order to Strengthen Others Under Stain

JohnDozPosted on June 7, 2017 Posted in Training Table — No Comments ↓ 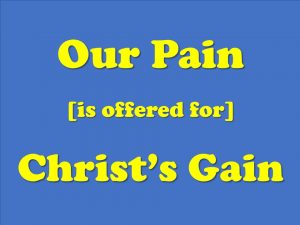 “No Pain, No Gain!”, Right? Turns Out I Was Just Sucking Wind…

It was the summer of 1973. I was racing road and track bicycles at a national level while living in Denver and working at The Spoke bike shop. I was also trying to make the cut on the University of Denver ice hockey team—which I knew wasn’t going to happen, AND it happened to be going into one of its two-time undefeated, National Championship seasons. Coach Harry Ottenbright had picked the mostly Canadian players already, but I could skate as well, was fitter than most, and had the funds needed to participate in the summer camp with the Chicago Blackhawks. It was awesome…

Net, net: Between cycling and skating I trained 3-6 hours each day. I was, as we were prone to say at the time, “fit.”

One day I got a call from a sports lab in Boulder, Colorado that was connected to the University of Colorado. A nationally renowned sports physiologist by the name of Dr. Ken Sparks ran the lab. They asked me if I would be a “Fitoid Guinea Pig” interested in doing some stress tests to measure fitness and variables connected to genetic and other predispositions for achieving extraordinary fitness levels. “Sure!” I said.

Well, it was about three months later, after having completed a full two days of rigorous tests, that I got a call from the lab. One of the most interesting discoveries they made was the fact that I had an abnormally high “VO2 Max Capacity”. In fact, a VO2 Max range in the top 3% of world class athletes of approximately 85! I was pleasantly surprised.

VO2 Max is the maximum volume of oxygen consumed by the body each minute during exercise, while breathing air at sea level. Because oxygen consumption is linearly related to energy expenditure, when one measures oxygen consumption, they are indirectly measuring an individual’s maximal capacity to do work aerobically. I was involved in an obsessive and excessive amount of aerobic work.

But here’s an odd and interesting spin: During the post-testing interview Dr. Sparks asked me, “John, great results; we’ll get to the details; as a sort of side-bar, have you ever battled with asthma or upper respiratory disease at any time?” “Why, yes”, I said. “I had pretty bad asthma for most of the first 12 to 15 years of my early childhood and adolescence. In fact, I suffer from exercised-induced asthma on occasion to this day. Why?”

“Well, your lungs are disproportionately large compared to the rest of your anatomy. It’s probable that all the stress and strain you had in trying to breathe for all those years has had a dramatically positive impact on your ability to move lots of air volume, train, and compete at a very high level in aerobic sports today.” Dr. Sparks responded.

“Wow…” I said to myself. “Who would-a thunk that what was one of the greatest struggles and strains of my life was would turn out to be such a huge strength for me down the road? Cool!” And that was about it… I got back to life living the dream in Colorado.

All Strains and Struggles Should Serve to Strengthen
At the time I didn’t have the vaguest idea how God would aim to use one of my greatest vicissitudes in life to eventually be used for some of my greatest victories. In my mind, nothing in my life at that time could connect the dots between me and God. It would be twelve years before my conversion, being born again, and serving others as Christ did (Mark 10:45).

My early-life striving, straining, and struggles were all motivated by the trifecta of wounds that controlled by life at that time: shame, criticism, anonymity in my own home. I was spring-loaded to make idols out of anything that might shine a positive light on my life—until that Light was the Light of God in Christ.

On the road through life in my 20’s and 30’s, the gift of my athleticism, dogged determination and stamina became an obsession; another sort of struggle and strain, and an identity for me so that it too would be used by God to break me and bring me to the next place on my journey closer to God – and the truth of my core motivations. God lovingly used my idol to break me down… and then, and only then, bring my up!

Today I have been blessed with many relationships in the ultra-athlete, ultra-work, ultra-busyness, ultra-possessions, ultra-other-stuff world. Why? Because that’s one sure place God has called me to serve due to the fact that I have a deep empathy and passion for serving and comforting those who are on the same sort of journey I have been on: This is huge, Beloved. If the Trinity has brought you through very certain things, He expects you to help OTHERS do the same. If not, the very best you and I can say about our faith in Christ is that it’s no better, higher, more effective than a self-help plan… It’s NOT God’s Plan of Redemption!

Is there a possibility you have a similar strain-turned-to-strength that could be used to serve and comfort others? Take it from me, you absolutely do. Think about it and get after it, please.

Redeemed to Redeem…
The Bible tells us that anyone who had been delivered from any struggle or strain in their life has been given a principle, a purpose, and a process: “Praise be to the God and Father of our Lord Jesus Christ, the Father of compassion and the God of all comfort, who comforts us in all our troubles, so that we can comfort those in any trouble with the comfort we ourselves have received from God.” (2 Corinthians 1:3)

Allow me to add some words of warning, hope and encouragement to close.

The consequences of ignoring this God-given offer, command, potential to transform our trials into a triumph—for ourselves, and then for others—is an ever-increasingly hardening of the heart that eventually results in the drone of skepticism rendered incapable of being skeptical of its own skepticism. Tribulations become ends, rather than means. “Eventually, the drone is the only thing that can be heard by the self, and others.” (CS Lewis)  This is a horrible place for a person to be… Christ gave his life as a ransom for many, and so must his namesakes… you and me.

There is indefatigable hope in the promise of God that no strains or struggles are allowed by Him if not for the purposes of trusting Him more, and being a more abundant source of love and comfort to others.

I encourage you to remember—and look more closely at the specific strains and struggles in your life and begin (or re-begin) the most radical healing and redemptive power and process available: transform your mind and heart and use your straining for the strengthening of others.

I respectfully hope the content acts as a catalyst to continually challenge you to come to terms with your existing philosophical, personal and / or business presuppositions as means of remembering, revitalizing, rejoining, and renewing in your life!