The Planks of the Faith: Remembering for Re-Membering, Part 23

John DozierPosted on April 11, 2012 Posted in Training Table — No Comments ↓ 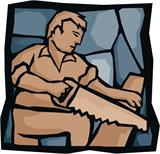 Please grab a seat as we prepare to sup’ on some “SuperFood for the Heart”: God’s Love and True Truth—served up by a highly fallible sinner, saved by grace, and super-charged to serve those “running the good race”: The True Church.

Our Plank of the Faith for this meal at The Training Table, “The Marks of the True Church” (which began with Article 27, “The Holy Catholic Church”), is more important in our day than many folks—even in the church—would like to admit. Why? It’s complicated, but suffice it to say that the duration of secularization (and the array of issues that accompany our culture’s pulling away from God) that we have been about for quite some time, has made it very difficult for us to discern who is a bone fide, born-again, Bible-believing Christian, and who is not.

If you would please indulge me—as a benefit to your heart, emotions, and faith walk—even though there are many ways I might preface today’s Plank of the Faith, as I prepared the menu three people and their influence came to mind. I will offer some brief comments that tie into today’s very important doctrine of the faith.

Jonathan Edwards: God’s Love and Heaven is Real and the Only Hope for Fallen Mankind
Even though the very real and germane subject of Hell was crucial for Edwards (RE: “Sinners in the Hands of an Angry God”), “‘Heaven’ and ‘love’ were the two most important words in Edwards’s sermons and he struggled weekly to bring those realities into the consciousness of his hearers. Edwards was far more concerned that his congregation come to a saving knowledge of God through an awareness of the beauty of God’s great and powerful redemptive love for them and the heaven that awaited Believers when Jesus returned.” (Harry S. Stout. Jonathan Edwards Professor of History, Religious Studies, and American Studies, Yale University)

Very much like our day, America in Edwards’ day was becoming so secularized that his primary focus was preaching to a forgetful and confused church about whether or not THEY were truly converted. This is crucial in our day as well.

Pontius Pilate: A Troubled Conscience Reacts by Denying the Truth
I have a favorite scene in Jesus Christ Superstar: As recorded in the Gospels, when Jesus Christ is led to be confronted and condemned by Pontius Pilate, we are told that Pilate’s conscience was sorely troubled but he was cajoled and pressured by his wife and many more “unbelievers AND believers” to deny his troubled conscience and condemn the innocent Son of God to the most horrid from of death imaginable.

Pilate’s troubled conscience could only be silenced by denying that True Truth Incarnate stood in his presence (John 18:37-38). If our consciences are troubled, it is best to implore of God and His Saints what the root cause might be—rather than fall into the trap of relativistic and ultimately suicidal (if not dead-dead, “dead men walking”) thinking and actions.

Pontius Pilate: “Then you are a king?”
Jesus: “It’s you that say I am. I look for truth, and find that I get damned.”
Pontius Pilate: “Ha! What is ‘truth’?! Is truth unchanging law? We both have truths. Are my truths the same as yours?”

There are only two answers; one is correct, the other sort is in vogue in these confusing times. Please answer the question for yourself right now. Please write it down. Please read today’s Plank of the Faith, and find the answer(s) following The Marks of the True Church.

The Plank of the Faith: Article 29: The Marks of the True Church
“We believe that we ought to discern diligently and very carefully, by the Word of God, what is the True Church—for all sects in the world today claim for themselves the name of “the church.”

We are not speaking here of the company of hypocrites who are mixed among the good in The Church and who nonetheless are not part of it, even though they are physically there. But we are speaking of distinguishing The Body and Fellowship of the True Church from all sects that call themselves “the church.”

The True Church can be recognized if it has the following marks: The True Church engages in the pure preaching of The Gospel; it makes use of the pure administration of the sacraments as Christ instituted them; it practices church discipline for correcting faults. In short, it governs itself according to the pure Word of God, rejecting all things contrary to it and holding Jesus Christ as The Only Head. By these marks one can be assured of recognizing The True Church—and no one ought to be separated from it.

As for those who can belong to The Church, we can recognize them by the distinguishing marks of Christians: namely by (belief and ) faith, and by their fleeing from sin and pursuing righteousness, once they have received The One and Only Savior, Jesus Christ. They love The True God and their neighbors, without turning to the right or left, and they crucify the flesh and its works.

Though great weakness remains in them, they fight against it by the Spirit all the days of their lives, appealing constantly to the blood, suffering, death, and obedience of the Lord Jesus Christ, in Whom they have forgiveness of their sins, through faith in Him.

As for the false church, it assigns more authority to itself and its ordinances than to the Word of God; it does not want to subject itself to the yoke of Christ; it does not administer the sacraments as Christ commanded in his Word; it rather adds to them or subtracts from them as it pleases; it bases itself on men, more than on Jesus Christ; it persecutes those who live holy lives according to the Word of God and who rebuke it for its faults, greed, and idolatry.

These two churches are easy to recognize and thus to distinguish from each other.” (Article 29, The Belgic Confession of Faith, 1561—parenthesis, emphasis added)

A Caveat… and the Answer(s)
Caveat: Please note the last line of Article 29: “These two churches are easy to recognize and thus to distinguish from each other.” I would submit that in our day this declarative statement is far from as easy as it sounds. The wheat and the tares are very hard to distinguish and we MUST sharpen our own gifts of discernment by seeking to be more and more mature as Jesus’ disciples—lovers of God, neighbor as self, and as keen and urgent in our apologetic to a free-falling world like never before.

The Answer(s):
a) “Yes I am a Christian… because only by the power of the Holy Spirit I realized how far short of God’s purity I fell, that I was a sinner, and nothing in my own power could save me (Romans 3:23; 6:23; Proverbs 14:12; Isaiah 59:2). I discovered that God demonstrates His own love toward me, in that while I was yet a sinner, Jesus Christ died for me as my Savior (to save) and my Lord (to follow) (Romans 5:8; John 14:6). I then saw how by repenting and beseeching Christ to forgive me involves turning to God from self (repentance) and trusting in Christ to come into my life to forgive my sins and to make me everything He wants me to be—by loving and serving Him and my fellow man in every way possible until I die or He returns to make all things new (John 3:1-8; 1 Corinthians 13:12; 2 Corinthians 5:17; Revelation 3:20). Am I a Christian? Absolutely! Because God’s mercy and unbreakable promises in Creation, Christ, and Covenant made me so; and His promises cannot be broken! By God’s grace and perfect plan, I am a new creation, joyful in all things, saved to serve. Period.

b) “Yes I am a Christian… because I’m not perfect but I’m a pretty good person. I try really hard to serve God. I believe he forgives everyone because he’s God, that’s his job… Sure, I’m not as bad as Hitler, and I’m not as good as Mother Teresa either… Who is? But I do a good job as a person, and I’m trying harder to do the right thing all the time. Sure, I hope I’m doing enough good things to outweigh the bad things… Aren’t we all? Am I a Christian? Well… I hope so. At the end of the day I believe God has lots of leniency ‘cuz, after all, he’s forgiving and no one’s perfect, right? Right?!

Which answer is the closest to your answer? Which most closely aligns with The Marks of the True Church? Which provides the sort of foundation that will never leave or forsake us; and the sort of platform for living a purpose-driven life?

Please closely consider “The Marks of the True Church” as we will dive into “The Government of the Church” when next we chow down together at The Training Table.

“Trust in the Lord with all your heart, and do not lean on your own understanding. In all your ways acknowledge Him, and He will make straight your paths” (Proverbs 3:5-6).