JohnDozPosted on October 26, 2016 Posted in Training Table — No Comments ↓ 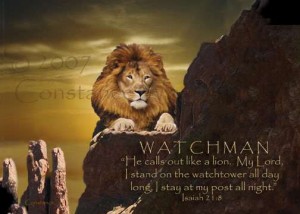 Statism and a Silenced Church

A reminder: A definition of “Statism” is the principle or policy of concentrating extensive economic, political, moral, and related controls in the state, federal level at the cost of individual liberty.

Just the other night, my time of grabbing some nightly news was book-ended by such a wide and deep reality of “what’s upside-down in America”, my tattered mind was somehow jolted into remembering some resources I included in the Appendix of my book on suffering. Specifically, the questions in my heart were, “What is the relevance of The Church in our day? How is the Trinity’s light and salt actually effecting the increase of darkness and decay in America? No doubt whatsoever God’s securely seated on the throne, with Jesus Christ at his right hand, and the Holy Spirit released and empowered in the world to be “God’s intervention” before Jesus’ return, but in what ways are his disciples keeping watch… and interceding in the chaos?”

The piece from my book then came to mind. Enjoy. Employ. Oh, and in answer to the title of this Training Table, “Who’s Watching, Winnowing, Warning… I Wonder?”… Let it be me, Lord. Let it be you.

An Excerpt from “The Weeping, the Window, the Way,” Appendix A:

An Important Consideration for the Way Forward: Ezekiel and the Role of “The Watchmen on the Wall”

The prophet Ezekiel points to the prophetic role God calls all Christians to play in a culture that strays from God in all sorts of awful ways, a culture very much like the one in which Ezekiel and the other prophets ministered. Regularly applying God’s protocol, the weeping, the window and the way helps transform our hearts in such a way that we become “watchmen on the wall,” just as Ezekiel was.

Perhaps this is obvious, but let me remind you that the watchman’s audience is primarily the church, not the world. Some of God’s people there have, to be sure, devoted themselves to faithfully following God’s will. But others have gone astray, drifting from the God’s True Truth and Love. And some, sad to say, have become as worldly and corrupt as the culture of comfort all around us. But all tend toward forgetfulness. All need constant reminding.

Having read this description, in what ways do you believe God has called you to be a watchman for his people? Why? How does your personal story relate to a universal need for Watchmen? In God’s Sovereignty, there is a connection between the two: please discover it ASAP!

Can’t wait to see you at The Training Table next week, Beloved Marathoners in, of, for Christ,